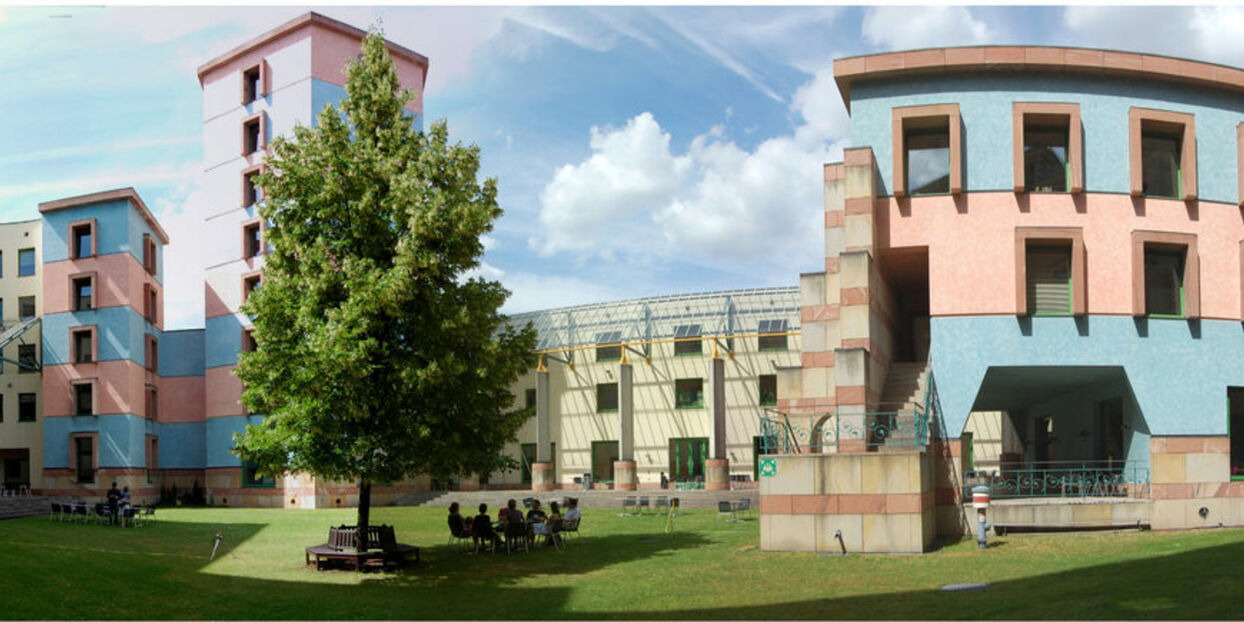 The conference will take place at the Berlin Social Science Center (WZB), which is centrally located close to Potsdamer Platz.

***Hotels in Berlin are filling up quickly - please book your hotel rooms in time!***

The WZB recommends three hotels close by the conference location:

The WZB Berlin Social Science Center conducts basic research with a focus on problems of modern societies in a globalized world. The research is theory-based, problem-oriented, often long-term and mostly based on international comparisons.

Around 160 German and international researchers work at the WZB, including sociologists, political scientists, economists, legal scholars and historians.

As a non-university research institute, the WZB is member of the Leibniz Association. The WZB closely cooperates with Berlin universities. Its research directors also hold chairs at universities in Berlin and beyond.

The WZB was founded in 1969 by members of the German parliament from all parties. The WZB is funded by the Federal government and the state of Berlin. Until 1945, the original building housed the Reichsversicherungsamt, the highest supervisory and legal authority of social insurance in the German Empire. The British architects James Stirling, Michael Wilford & Associates significantly renovated the old building and integrated it into a complex of postmodern annexes. The floor plans refer to well-known forms from architectural history: amphitheater, campanile, stoa and basilica. The new building was completed after four years of construction.

How to get to WZB?

Getting there by plane

from Schönefeld Airport
Take the S-Bahn (S9) in direction to Spandau until the station Baumschulenweg, change for the S47 towards Südkreuz, get off and take the S2 in the direction to Buch until Anhalter Bhf, get off and continue by bus M29 to Roseneck until Gedenkstätte Deutscher Widerstand, 3 minutes walk.

from Tegel Airport
Take the bus 109 in direction to Zoologischer Garten until Bleibtreustraße, change for the Bus M29 in direction to U-Bhf Hermannplatz until Gedenkstätte Deutscher Widerstand, 3 minutes walk

Getting there by train

from Ostbahnhof train station
Take the Regionalbahn (RB14) in direction to Nauen, get off at Friedrichstraße take the overground train S1 to Wannsee until Anhalter Bahnhof, continue by bus M29 towards Roseneck until Gedenkstätte Deutscher Widerstand, 3 minutes walk.

from Wannsee train station
Take the S-Bahn (S7) in direction to Ahrensfelde until railway station Zoologischer Garten, switch to the U-Bahn U12 to Warschauer Straße, get off at Wittenbergplatz, go on by bus M29 towards Hermannplatz until Gedenkstätte Deutscher Widerstand, 3 minutes walk.

Navigation help | Following the links to the right, you will be guided to relevant information about the conference.